A Cheetah, a Vet and a Surgeon: A First! 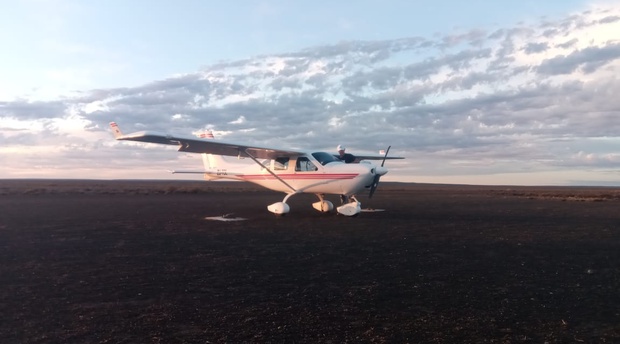 An injured Cheetah....two medical practitioners - one a Surgeon and one a Wildlife Veterinarian - both from George and an aircraft made in George...sheer coincidence, or perfect fate?

Midday, 23rd March 2021, two of our guides, Sam and Cara, went to look for Mona as part of the monitoring of the cheetahs on the Reserve. They found Mona with a fresh injury to the left shoulder area. It is suspected that she was hunting and that a horn of her prey, a ‘Springbok’, penetrated the skin and ripped it open, causing damage to the skin and muscle underneath. Mona is an old cheetah of 14 years; her skin is thin and not as strong anymore and we knew that we had to tend to her injury as soon as possible.

Mona seemed to realise that she needed assistance and started to move over the Reserve's ‘De Vrede’ area, which is more rocky and mountainous, to an area named 'Hardi', where tending to her injury would be easier. Sam followed her on her walk to 'Hardi', with Cara following in a 4x4 vehicle, not too far away. The Reserve Manager, André Jordaan, and two other guides, Jacques and Nelmarie, were called in for additional back-up.  The decision was made to attempt to lure Mona into a cage to move her to a boma where the wildlife vet, Dr. Willem Burger, from George, could attend to her injury once he arrived at the Reserve.

Keeping Mona calm was the main focus, but the attempt to cage Mona proved to be unsuccessful. It was then decided to leave her with a carcass for sustenance at her location, in the hope that she would remain in the same position until the vet arrived the next morning.

Flying our vet from George to the Reserve was the best option, as driving would take too long, but another element was against the process: the weather! With no flights leaving from George, we started thinking about alternative options.

As luck would have it, a Rogge Cloof guest, Dr. Danie Fölscher and his wife, Mariaan, flew to Rogge Cloof with their private light aircraft for a weekend getaway and kindly offered to fetch Dr Willem Burger at an alternative airport in Oudsthoorn. Dr. Fölscher, flying a Jabiru aircraft, took off from the Rogge Cloof airfield at 7 am on 24 March 2021.

Meanwhile, the guides Sam, Cara, Nelmarie and Jacques were already out in the field by 6 am and found Mona still at the carcass fast asleep after a good meal. While keeping a watchful eye on dear Mona, Dr Burger and Dr. Fölscher arrived safely at Rogge Cloof at 10 am. Being such a momentous occasion, Dr Fölscher and his wife were invited to accompany the group to Mona’s location, where Dr Burger then explained how the darting process would work. By 11 am, there was no more time to waste, and Dr Willem Burger 'shot' into action.

The darting was successful, the back of our trusty Defender Land Rover was thoroughly prepped to be used as the operation table, and both the vet and guest surgeon worked alongside each other to tend to Mona’s injury effectively and efficiently. Many firsts took place here on the Reserve at that moment!

The operation took an hour and was a great success, leaving the whole team with huge smiles! Mona was then loaded into a transport crate and taken to the boma for further observation and recuperation. Mona is currently doing very well and seems to be back to her old self, relaxing, being a little feisty, and enjoying her time being spoilt in the boma!

A big thank you to all our staff and a special thank you to Doc Willem and Doc Fölscher for dropping everything to help with this awesome rescue.

Watch the video below to see how it all came together! 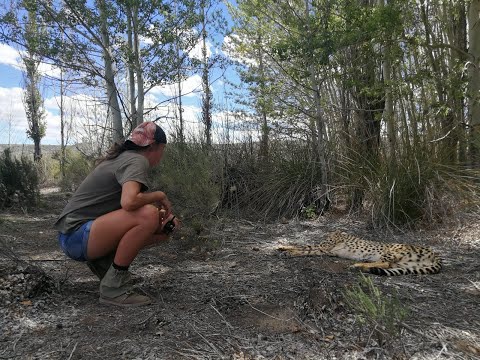