Through the eyes of another.....

Posted by Corlia on Sun February 24, 2019 in Wildlife: Game, Reptiles and other beauties. 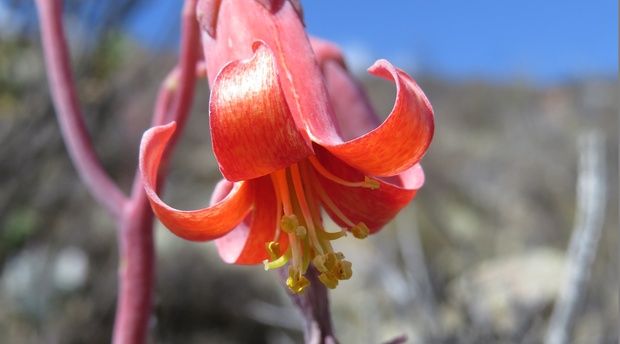 When talking to people about Rogge Cloof, I often use the phrase that Rogge Cloof will rejuvenate your body and soul...

In the past week I was reminded by Jon and Bess Richfield, guests to Rogge Cloof, that this is indeed true.

I also have to admit to myself that whilst reading their reviews and viewing their pictures of Rogge Cloof, I realised that living on the reserve, I have started taking Rogge Cloof's uniqueness and beauty for granted.

Thank you Jon and Bess (and beautiful Genji), for reminding us that Rogge Cloof is a very special place.  Thank you for reminding us to take time to see the small detail of the plants, the birds, the insects and the rocks and to be quiet, to breathe slowly....deeply...and to be grateful for all that we experience daily here in the Karoo.

Below with his permission, are the thoughts of Jon Richfield, as per his review of Rogge Cloof, on TripAdvisor:

We spent four nights on the self-catering property at about 24 hours notice out of season. We hit it at the height (I hope!) of at least a thirty-year drought. In the high Karoo, that is saying plenty, but we needed a break. We had never heard of the place, and practically pulled the name out of a hat. We wanted peace, Karoo-style open space, clear night skies, and interest. We weren't very interested in the human angle, but uninvasive friendliness would be good. Comfort too, but not fuss and frills.

Arrangements were efficient, helpful, cheerful and friendly without being smarmy or over-solicitous. We were in a good mood by the time we arrived, and things just got better and better, dealing with intelligent people who were happy to tell us what we wanted to know, show us what we wanted, and discuss whatever we needed to know more about. With our biological interests, we were not interested in the big five, but the small 5000, which means that practically every few paces there was something to stop for and watch. Sometimes it was a small reptile or bird or dassie or buck or insect or Solifugid or plant . One of their Solifugid species was one of the most beautifully marked that I ever have seen. Or sometimes just a hole.

Yes. The region has fairly few termite hills, but lots of harvester termite excavations. And yet there are many aardvark on the property. So what do they eat? We found out. In the middle of the road there was a fresh aardvark hole, and at the bottom there were two harvester termite excavation piles. Obviously the aardvark had found a promising nest on the surface, dug down to the upper underground nest, eaten what it wanted, and left. It had hardly gone when the typically philosophical termites from the lower underground nest levels resumed their excavations, and that was what we saw in the hole.

Trivial? Maybe, but at a stroke it taught us details about the local termite, vegetation, and aardvark ecology, and items that you would be unlikely to find even in textbooks.

The game drive we went on was informative and exciting, in spite of the dreadful drought. Apart from the game, the geology was beautiful and varied, revealing, not only past periods, mainly late Permian, but the corresponding fossils, including pre-mammalian Cynodonts. I was particularly struck by a fossilised fragment of muzzle that plainly showed whisker pits. It had never occurred to me to wonder whether whiskers might be older than mammals!

Plant life was full of interest as well, though the season was about as bad as it could get; just wait till we get back after the rains in spring! But for example, the Lycium tetrandrum was in flower, tiny white or blue flowers on skeletal bushes of vicious spiky thorns, humming with bees, Bombyliidae, and other pollinators, bearing colourful lichens, largely orange, plus scale insects that matched the lichen orange. The scale insects were tended by ants for their honeydew. There were several species of ants in evidence, generally well-behaved, but differing in habit; some coming out only at night. Some of the Lycium bushes had attracted multiple large, red-and-black beetles in the family Meloidae, that had assembled, and were feeding and mating. Probably a Mylabris species, or close. The whole bush is an ecology in its own right

There were not many other species flower just now, though we did see some of a very small species of Cotyledon with red flowers bright enough to attract us from about 100 metres off the road. There was a flatly cushiony species of the Aizoaceae, dense and so bone-white that at first I assumed it was a geological effect. It was stunning, but it seemed to be very fussy about its soil, as we only saw it growing in particular patches. I COVET that plant, but could not identify it at the time. Still wondering...

The resident astronomer (I kid you not!) was very friendly, inspiringly enthusiastic, and well equipped. We made the most of the clarity of the Karoo sky (just south of Sutherland, remember, and on TOP of the mountains, rather than between them). What a show -- we live near Cape Town, and what with the light pollution we had practically forgotten the milky way and many of the constellations. We were at it for HOURS!

That was just a sample bubbling up; the whole place was characteristic of the people, comfortable, interesting, efficient, clean, the animals were healthy and neither so wild that you struggled to spot one, nor so tame as to be a hazard or to make one think of a petting zoo.

The place is huge, tens of km across, large enough to justify some care in not getting lost.

We were there only four days, but we'll be back this spring, depend on it! 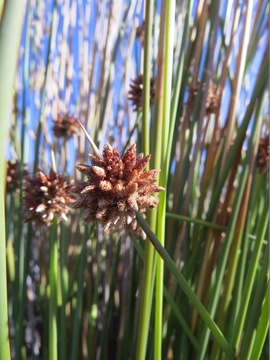 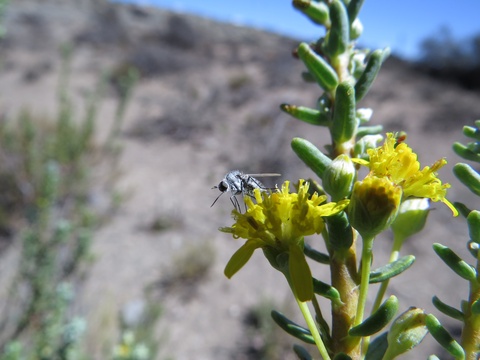 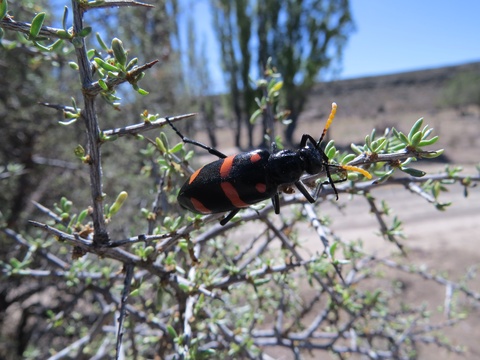 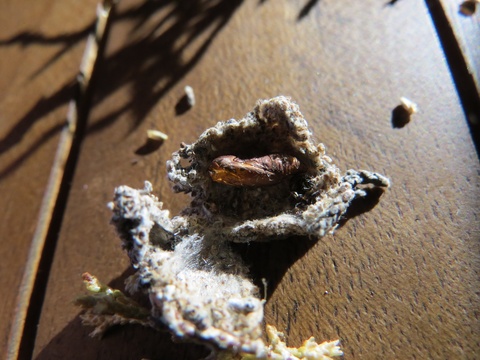 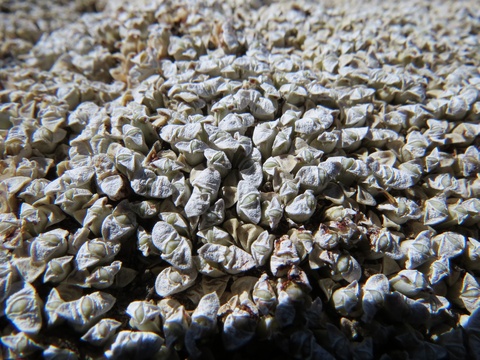 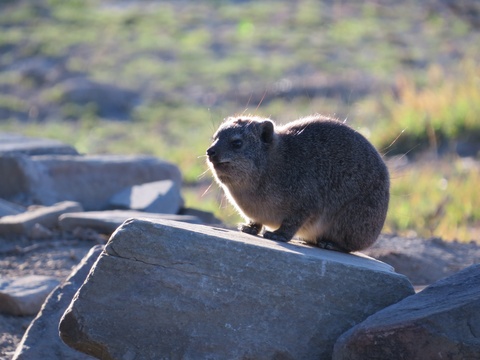 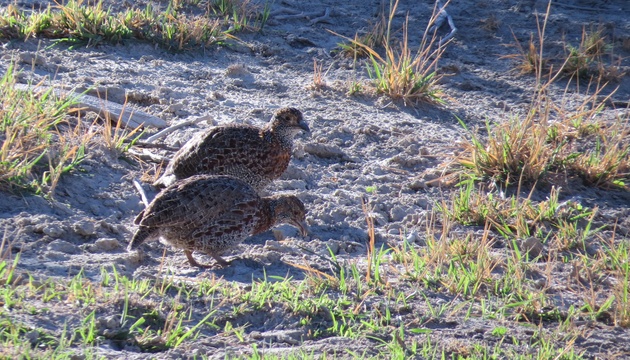 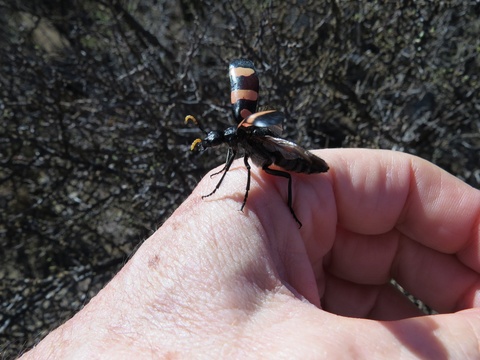 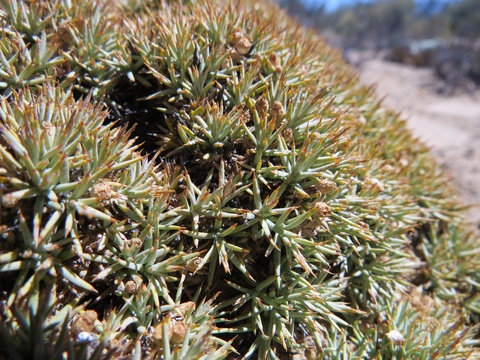